The Mississippi Wildlife Federation’s Wildlife (MWF) Extravaganza was packed early Friday afternoon with a line of cars turning into the Sheraton in Flowood.

This is the first Extravaganza since the disastrous 2019 event that all but gutted the Mississippi Wildlife Federation.

Two years ago, flood victim and farmer Victoria Darden planned to put up a booth at the 2019 Mississippi Wildlife Federation’s annual fundraiser to raise awareness of the historic Backwater Flood. 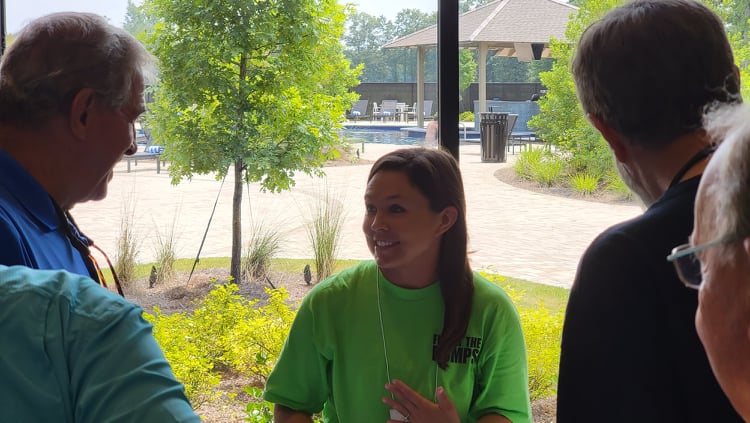 Victoria Darden is set up at the 2021 Mississippi Wildlife Federation’s Wildlife Extravaganza to raise awareness of the 2019 flood and the necessity of the Yazoo Backwater Pump project. (Photo by David Day)

Darden was ultimately denied by the MWF under their leadership in 2019 and a lingering dispute became big news when it was revealed the MWF was against completing the Yazoo Backwater pumps at Steele Bayou.

The historic backwater flood of 2019 stretched on for several months and displaced humans and wildlife while impacting homes, farms and businesses in the South Delta. Nearly 550,000 acres in Yazoo Backwater were underwater for 219 days. The acreage included about 230,000 acres of the richest farmland in the nation, preventing many farmers from planting at all. 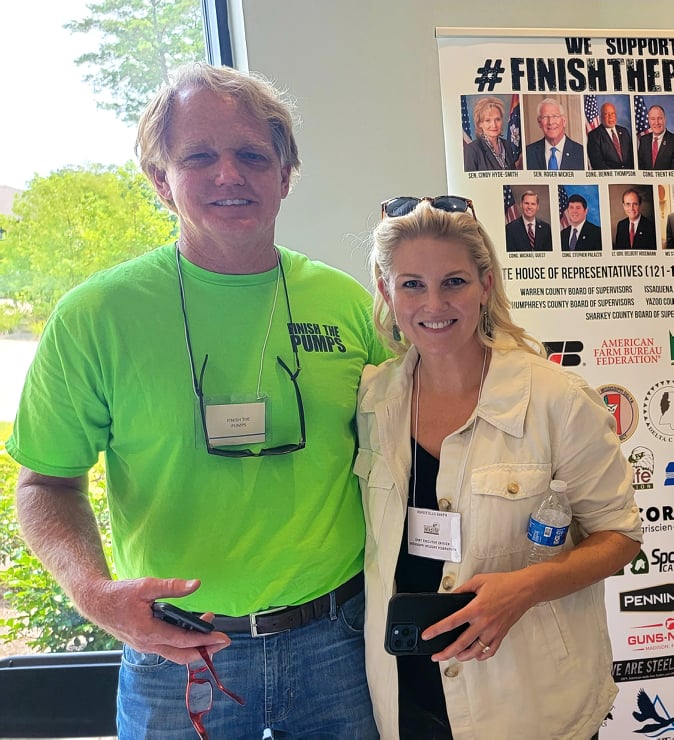 Smith was seen in the halls of the Extravaganza going from booth to booth checking to ensure each vendor had everything they needed and that things flowed smoothly. When she got to the “Finish the Pumps” booth she made a special effort to ensure all went well. Finish the Pumps organizers Clay Adcock and Victoria Darden were there speaking and joking with Smith.