Kim Nailor prosecuted the case for the city and Grey was represented by Noah Drake. The city brought two charges forth, a violation of the leash law and to declare the dog named “Lucky,” a vicious animal.

Hearn, with her hair still shorn and facial scars visible, was called to the stand and gave an emotional testimony, at one time tearing up as she spoke about the attack. Prosecutor Nailor asked Hearn to “Tell the court specifically what the dog did to you.”

“He knocked me up against the fence, he started…(inaudible)…he ripped my face open and he shook my head!” cried an emotional Hearn, her voice cracking. After a brief pause to regain herself she continued through tears outlining the events that immediately followed. Hearn went on to declare she had told Grey several times about the dog’s behavior and that the dog scared her. 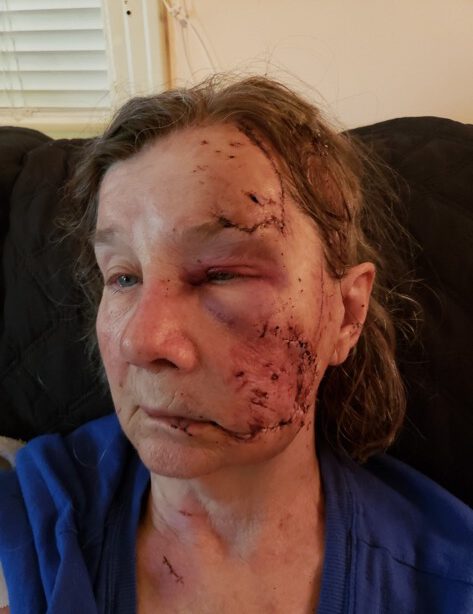 Defense Attorney Drake then cross-examined Hearn. After establishing that Grey and Hearn share a fence with respective gates and latches, Drake then began focusing on how the dog got out of its yard and into Hearn’s. Drake asked, “How did that dog get [out]?” Hearn replied, “I do not know.”

Drake asked Hearn if she “Had ever poked the dog? Ever messed with the dog?” – “Never” replied Hearn.

Despite online claims, no video evidence was presented showing Ann Hearn poking or provoking the animal. Additionally, information from another neighbor, who claimed the dog bit them, was not entered into the court or testimony because the claim was not properly filed with the police, according to the victim of that attack.

Attorney Drake then called Connie Grey to the stand. Grey was sworn in with Drake asking if Grey had ever complained to her landlord about Hearn messing with the dogs. “Numerous times.” Grey went on to state Hearn had a garden she tended by the fence and that Hearn poked the dog at the fence and sprayed it with the garden hose when she was working the garden.

Drake further established, through Grey’s stoic testimony, that Lucky was always kept the dog in the yard and had no issues with the animal before this event.

On cross-examination, Nailor questioned if Grey had ever considered restraining the dog with a chain after neighbor Hearn complained about the dog. Grey responded, “No ma’am. I keep my dog in a fenced-in area.” Nailor then methodically walked through the events of July 8 including a picture taken after the attack of Lucky with blood on his nose. Grey went on to state under oath that Hearn never expressed to her a fear of the dog, directly conflicting with the testimony given by Hearn. Grey then emphatically stated, “there is no way for that dog to get out of that gate.”

Judge Lawson heard closing arguments and began her ruling saying, “I’m a dog lover. However, I believe that the enjoyment of your pets should not infringe upon the rights of those who live in close proximity.” Judge Lawson went on to describe, in detail, the latch on that particular gate and a security feature that will prevent the gate from being opened. 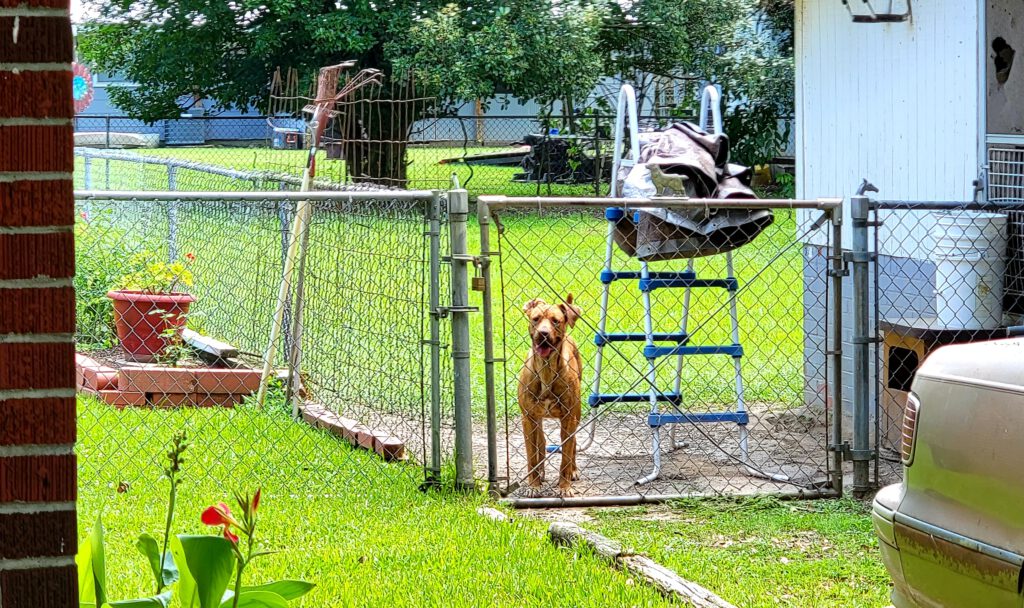 The gate between the two neighbors, Ann Hearn and Connie Grey. The dog in that photo is not the one in question. Photo by David Day

“I am very familiar with a dog that knows how to open these gates, very easily. Trained himself,” continued Lawson. “You have to put a lock on there to prevent it from opening.” Lawson went on to say, “I can’t imagine working in a flower bed and having this dog, probably agitated because she’s out there working, and that’s a dog’s nature.”

Judge Lawson found Grey in violation of the leash ordinance and held her responsible for the fine of $197.25 and Ann Hearn’s medical bills, an as yet undetermined amount. Lawson further ruled Lucky a vicious animal.

The City of Vicksburg Code of Ordinances (4-1. – Definitions) states, “Vicious animal shall mean any animal which has previously attacked or bitten any person.” The code also states that “It shall be unlawful for any person to harbor or keep a vicious animal within the city.”

Connie Grey’s Attorney, Noah Drake, immediately asked for a 30-day stay on euthanizing the animal, indicating his plans to appeal the case.

Lucky is currently being held at the Vicksburg Animal Shelter via the 30-day stay granted by Judge Lawson, pending further legal action. Drake indicated his client would cover the cost of housing the dog there during this phase of the legal process. 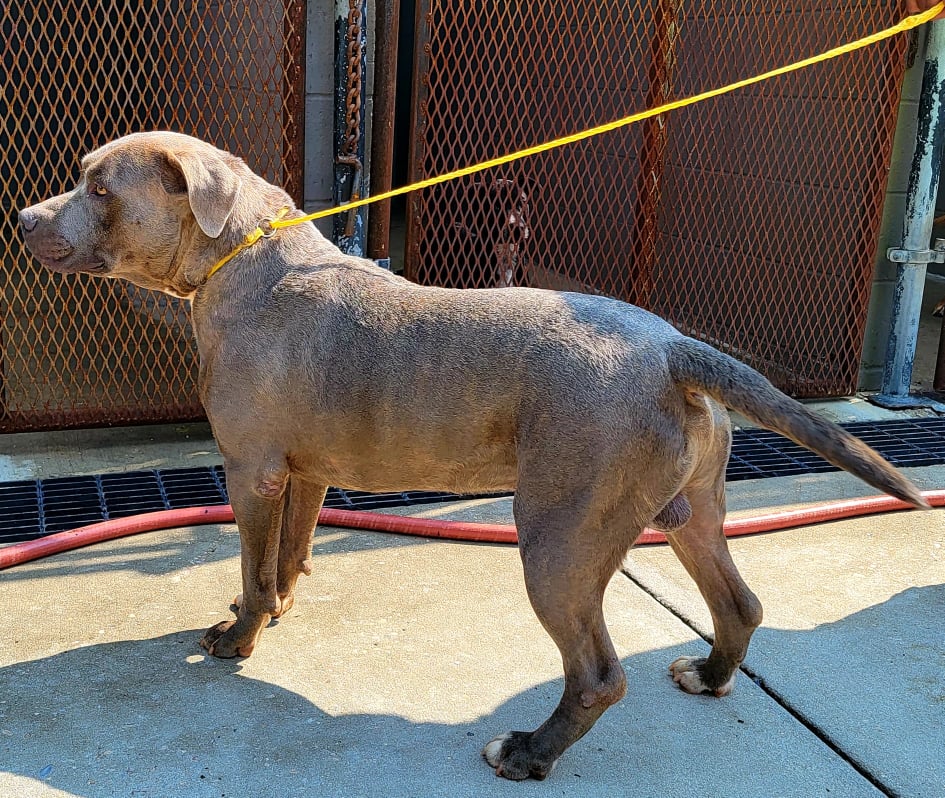 The Vicksburg Daily News will continue to follow this tragic story.